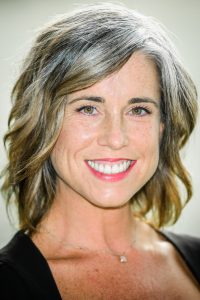 Originally from Maryland, Christine began her career in 2001 as an account manager for Wolters Kluwer Health/ Lippincott Williams & Wilkins, one of the world’s leading medical publishers. In 2003 Christine was promoted to National Advertising Sales Manager and later was awarded Sales Representative of the Year for her success in developing and securing sponsorship for the first multi-media advertising microsite.  In 2013, Christine was recruited by the Walchli Tauber Group, where she successfully sold more than 3 million in revenue annually for her clients.

Christine became interested in real estate while building her first home in Maryland and decided to pursue this passion working with a nationally recognized production home builder as a new construction sales representative.  After moving to Florida in 2017, she obtained her Florida real estate license and joined Miloff Aubuchon Realty Group because of their stellar reputation and unparalleled commitment to customers and agents.

Christine’s integrity and commitment to customers coupled with transparency and determination are why she has become so successful.

In her spare time, Christine enjoys yoga, swimming, reading, boating, and volunteering in her community.