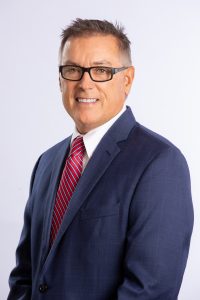 Jesse Butler grew up in Southern Connecticut and attended the University of Connecticut.  An interest in the culinary arts resulted in his decision to start a career in the restaurant industry.  He has traveled extensively for work on both coasts of the United States and lived in seven different states.  One location, Longboat Key, was where he and his wife fell in love with the Gulf Coast of Florida.

When the opportunity came up to relocate from the Pacific Northwest back to Southwest Florida in 1995, he and his wife were thrilled.  They’ve been residents of Cape Coral ever since.  When describing what he loves about living here Jesse says, “You can’t beat the California sunset with warm water at a Florida price point!”

After a career in Hospitality management, Jesse decided to focus his talents on a future in Real Estate.  His love of being of service to others was a natural fit for this new venture.  He says, “Assisting families to purchase or sell their home and achieve their next goal is a privilege.”

Having lived in Cape Coral for 25 years Jesse was very familiar with the quality and reputation of Miloff Aubuchon Realty Group and their partners at Aubuchon Homes.  For him, the decision was easy when it came time to decide where to hang his real estate license.

Jesse’s love of the beach, boating, fishing, and paddling lead his family to settle in beautiful Southwest Florida. He takes great pleasure in helping newcomers that have the same passions find the perfect home to begin their Florida adventure.

His motto: treat his clients the way they need and want to be treated.