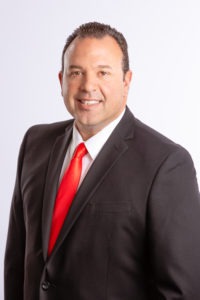 John DiNardo, Realtor® with Miloff Aubuchon Realty Group and part of The Jeff Miloff Team, is a New Jersey native but for nearly a decade he’s called Cape Coral, Florida his home away from home.

John worked in the New Jersey public school system for 26 years.  He understands wanting the best for those he’s educating and knowing sometimes it takes a lot of hard work and sometimes a few extra hours.

John also understands the value of positive customer experience.  For the past 35 years, he has owned and operated DiNardo Brothers Entertainment.  John and his brother, Michael, built the business into what is now the largest entertainment company in South Jersey.  Entertaining at high-end social events in New Jersey, New York, Pennsylvania, Delaware and Maryland they developed a long-standing reputation as the finest entertainment group in the region.

There is no question that John’s work ethic is off the charts and that makes him the right choice for anyone looking to buy or sell real estate in Southwest Florida.

John’s motto is “the harder I work the luckier I get,” and it goes along with his “out-work and out-hustle” life philosophy.  If you’re searching for a Real Estate Professional to work hard for you, John DiNardo or “Jersey Johnny” as he’s known in Southwest Florida is the agent for you.